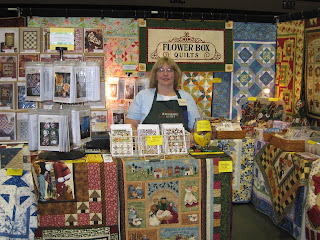 This is the season for quilt shows, and last week’s show that we were vendors at was no exception. Tom and I were vendors at the North Central Washington Quilt Guild’s show in Wenatchee, WA. Wenatchee is in the center of Washington and the “Apple Capital of the World”. This show was the first venue in the city’s new event center and was on their covered ice rink which was the first for us! There were over 325 quilts shown and the quality and workmanship was outstanding plus the guild members were friendly and helpful. One of the things the guild did to entice people to visit the vendors’ booths was a type of “scavenger hunt” which I thought was very creative. Each vendor booth was given a typed word glued on a doily (ours was “templates”) that was pinned somewhere in the booth. The show attendees had a printed sheet with a list of vendors’ names and wrote “the word” from the booth next to the vendor. The winner’s list that was chosen which had to have the most correct answers, and she won a beautiful hand crafted oak quilt rack.

As always the photographs just don’t do justice to the actual quilts, but I hope you enjoy them! I hope you’ll stop by all week to view the quilts. Imagine my delight when I saw the first quilt by Lorna McGill below as it was a remake of my “Summer Romance” quilt that was published in the July issue of The Quilter magazine! The second quilt below is my “Calypso” pattern and was created by JoAnn Lewis. It is definitely a thrill and honor for me to see how quilters are inspired by my designs. 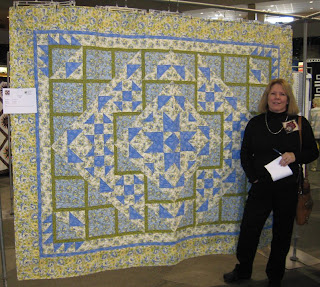 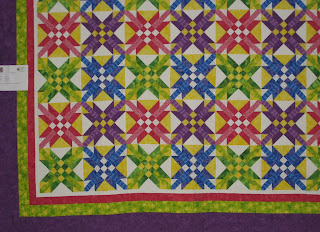 These large quilts were hung on the walls around the hockey rink which surrounded the quilt show so I was “shooting up” at the quilts to take the photograph. 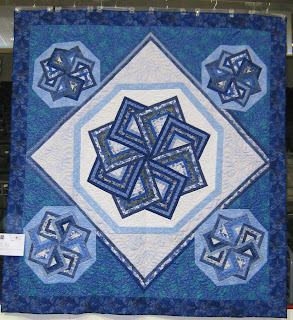 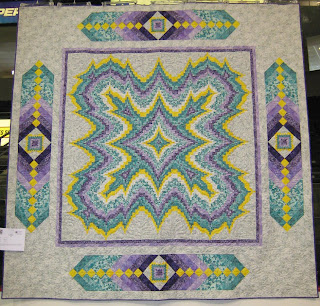 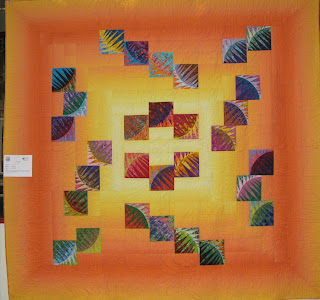 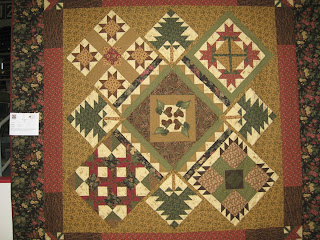 Here are three bargello quilts that I really liked. 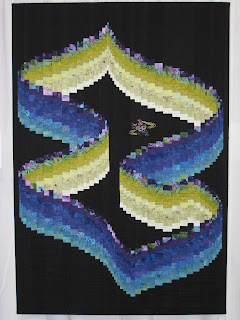 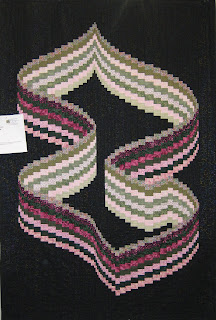 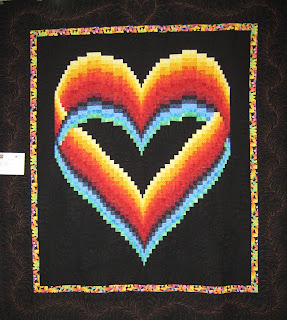 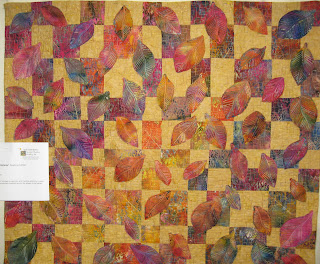 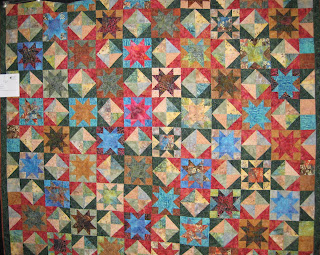